One year ago, we wrote an article titled ”The road to PV self-consumption”, an article that was heavily consulted – and still is – which shows that there is a constant and growing interest in this subject.

At the time, the concept of self-consumption was emerging theoretically. Today, it has become more concrete and we can find, especially with our experience in the French solar market, more and more offers in this field.

What is photovoltaic self consumption?

We must start by clarifying two different terms that are often confused: self-consumption and energy autonomy. 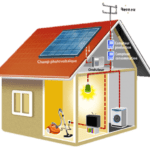 Self-consumption and sale of surplus energy 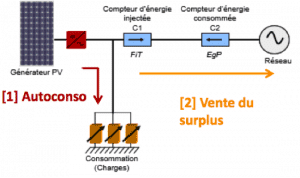 The energy surplus that I have generated is automatically channeled into the national grid through my consumer unit. Therefore, I can – at any time – sell my energy surplus to the grid, or take what I need from it when I do not produce enough energy (usually during night time and days without sunshine). In France, the electricity that is injected into the grid is remunerated with an advantageous Feed In Tariff.

This configuration provides a profitable solution to engage electricity self-consumption.  However, in France, the administrative process of installing the meters and contracting ErdF remains quite costly and complex.

The new trend we are seeing is “total self-consumption”, where the energy produced is consumed entirely within the home. A meter is not needed for this system and there will not be any connection charges. If there is any electricity surplus, it will be injected into the grid, but without any valorization of its price.  In a total self-consumption configuration, the size of the installation is critical such that electricity production is closely matched with consumption, which we will explain in more detail.

The advantages of this configuration are the simplification of its process, installation and implementation.

For remote sites where there is no electrical network, solar installation requires a storage system powered during the day in order to have electricity at night and on days without sunshine. When the solar system meets all the energy needs of the house, the system is not only in the « self-consumption » mode, but it also makes the home energy self-sufficient.

Without necessarily living in an off-grid location, there is always the option of having a storage system. However at DualSun, we believe that homes that are connected to the electricity grid should not have a system of electricity storage since it is expensive and batteries often have to be replaced. Moreover, the energy in France is very cheap and the electricity network is very well developed.

Self-consumption: the importance of a correct design

Designing the precise size of a solar installation is very important when we are talking about self-consumption. To respond to our needs in hot water and electricity, there must be the right amount of solar panels. If too many panels are installed in comparison to the needs of the building, there will be too much excess energy produced. For an installation of 3kWc, for example, only 30% of the electricity will be self-consumed (Source : The French National Institue of Solar Energy – INES).

At DualSun, we believe that the right design will cover to its best your needs in hot water and electricity for your house (such as the lighting and several appliances (TV, refrigerator…)

The following table lists the annual consumption of the most common electrical equipment in a French household (source : ADEME). 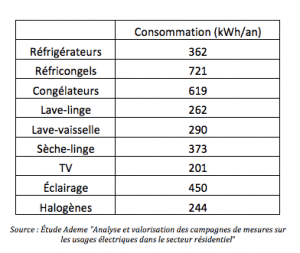 For a household in France, the average consumption of electricity is of 2,600 kWh/ year/house (source: Enertech, 2008).

The graph below shows the average consumption of a household consumption in France during winter (left) and summer (right).

By superimposing to the consumption curve, the curve of photovoltaic power generation, it is possible to determine the self-consumption rate and the autonomy.

In Marseille, a city of the South of France, the consumption rate is of 92% for an installed power of 500 Wp (2 DualSun panels) and a range of 29% of autonomy.

Thus, with 4 DualSun panels, the self-consumption rate is 68%, which seems to be a good balance to make the most of the energy produced. Approximately 32% of it is not used. This amount will have to be taken care of whether through a feed-in tariff scheme or by re-injecting the energy into the grid (without being paid for it).

Management of the surplus product

On the graphs presented above, we can see that all the electricity produced is consumed during the winter. In the summer, however, there is a surplus of production that can be fed back into the grid. There are also tactics to increase the PV consumption rates. If you have a pool or air conditioning system, the excess of electricity produced by the panels in the summer will be consumed by these devices (which typically operate only during that season). We can consequently achieve a full self-consumption of our production of energy.

The use of certain appliances could also be changed for them to run at the same time than when the panels are at their optimal production of energy (logically, between 12am and 4pm, when the house with a solar energy system produces more than what it consumes). To do this, there are new systems to manage appliances, like the SMA Sunny Home Manager. An automatic setting will allow the appliances to run during the day (when they are usually used at night because it is less expensive).

Therefore, for a family of 4, we recommend the installation of 4 to 6 DualSun panels, adapted according your energy consumption (an average household uses 2600 kWh/year). This installation will cover approximately 50% of your hot water and electricity needs.

Self-consumption, usually used by individuals, can be particularly interesting for commercial buildings since their energy consumption is often in line with their energy production. The roof surfaces, which are often important in these buildings, are very much suitable for the installation of DualSun hybrid panels.

DualSun at the Bouygues headquarters 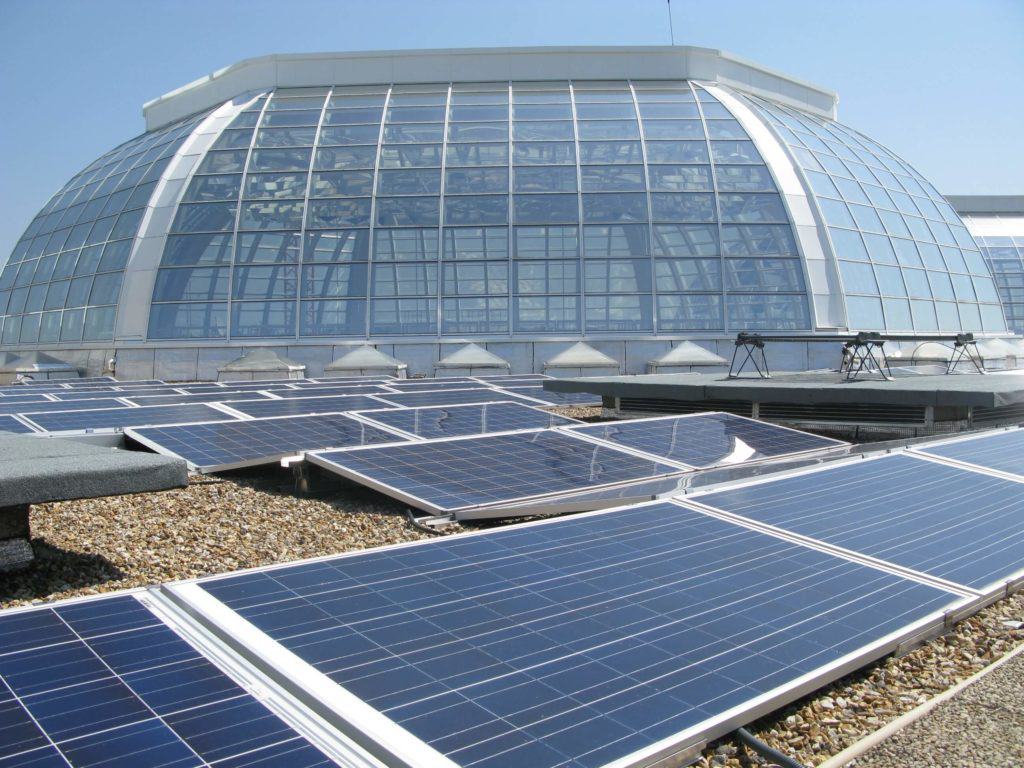 In 2008, Bouygues Construction (a global leader in sustainable building) decided to renovate its Challenger headquarters completely. The company’s aim was to be a « showcase for energy innovations for the building ». The large renovation project made the six parts of the building (about 10,500 square meters) “energy positive”. The people leading this project believe in self-consumption. In fact, the whole Challenger site, approximately 10,000 PV panels, works with this system and sells the surplus of energy produced. In this context, Bouygues has chosen to equip its headquarters with 300 m2 of DualSun panels to supply itself with hot water for the canteen and the gym.

DualSun is the right option for new and renovated buildings. The system is used for self-consumption in the case of Bouygues, but it can also be used in any other configuration that requires hot water and electricity.

If you are interested in self-consumption and want more information about it, please check autoconsommer.com (in French), which explains very clearly its main principles by using instructional videos. 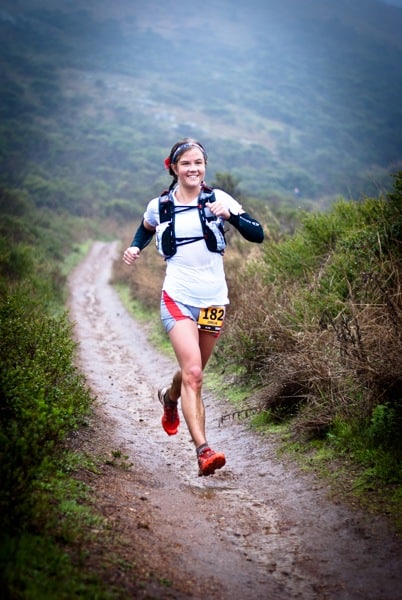